How to Force Quit Apps on an iPhone or iPad

Sometimes, an app gets stuck on a screen or stops responding. If you force quit the app on your iPhone or iPad, it “unsticks” everything. We’ll show you how!

What Does Force Quitting Do?

When you close an app on your iPhone or iPad and go back to the Home screen, you don’t actually quit the app; it’s still running in the background. You can think of it as “pausing” the app.

If an app crashes, is stuck, or generally behaving badly, force quitting is likely the best option. This actually quits the app, and when you open it again, it loads up fresh. Any temporary issues you were experiencing with that app should be fixed.

RELATED: How to Force-Quit an Application on Any Smartphone, Computer, or Tablet

How to Force Quit Apps on an iPhone

The process of opening the App Switcher and force quitting an app on an iPhone is slightly different depending on which model you have and which version of iOS it uses.

First, let’s talk about the newer iPhones (X, XS, XS Max, XR, or later) which have the notch at the top of the screen and don’t have a Home button.

On your iPhone, stay in the troublesome app or open the one you want to force quit. Swipe up from the bottom (the Home bar) of the iPhone screen. 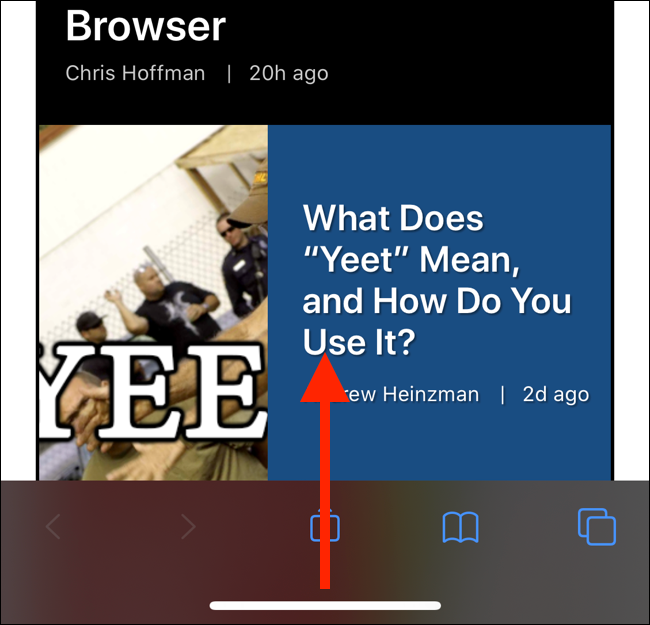 Hold your finger on the display as you approach the middle of the screen. When you see a preview of the app in card size, lift your finger to open the App Switcher.