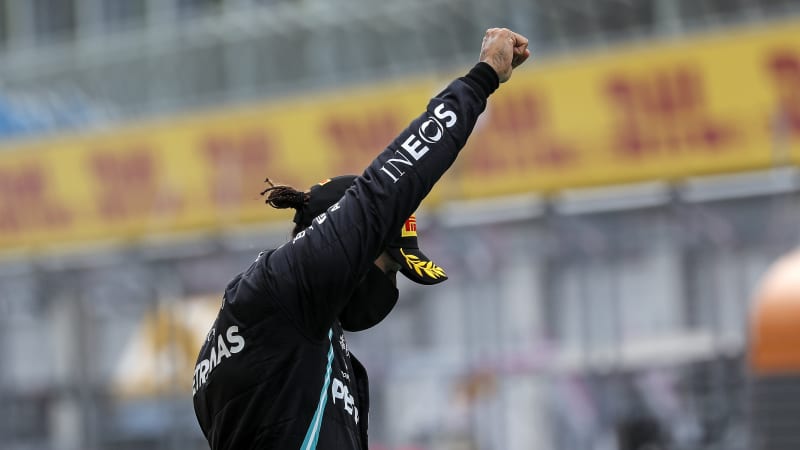 Standing on the podium to celebrate his latest win, Formula One world champion Lewis Hamilton raised a clenched right fist and then delivered a message to his fellow drivers not to slow down in the fight against racism. It’s 52 years since American sprinters Tommie Smith and John Carlos introduced that powerfully defiant gesture to a worldwide TV audience when standing on the podium during their medal ceremony at the 1968 Olympics in Mexico City. On Sunday Hamilton and the other 19 F1 drivers